by editor |September 9, 2018 | Blog
Will Gaybrick, Stripe CFO and a member of the CNBC Global CFO Council

As our global economy increasingly comes to run on technology-enabled rails and every company becomes a tech company, demand for high-quality software engineers is at an all-time high. A recent study from Stripe and Harris Poll found that 61 percent of C-suite executives believe access to developer talent is a threat to the success of their business. Perhaps more surprisingly — as we mark a decade after the financial crisis — this threat was even ranked above capital constraints.

And yet, despite being many corporations’ most precious resource, developer talents are all too often squandered. Collectively, companies today lose upward of $300 billion a year paying down “technical debt,” as developers pour time into maintaining legacy systems or dealing with the ramifications of bad software.

This is especially worrisome, given the outsized impact developers have on companies’ chances of success. Software developers don’t have a monopoly on good ideas, but their skill set makes them a uniquely deep source of innovation, productivity and new economic connections. When deployed correctly, developers can be economic multipliers — coefficients that dramatically ratchet up the output of the teams and companies of which they’re a part.

If developers are your company’s most constraining resource, the key question is how to increase their productivity. As a C-suite exec, there are three ways to help increase the multiplying impact that developers can have for your company.

2. Outsource. Fully embrace the cloud. Not just for storage and compute but for every business function that’s not unique to your business — from messaging, payments and CRM to planning, accounting and inventory management. Put your developers on higher-impact projects. If you’re considering buy vs. build, the answer is simple: buy. Unless you’re Amazon or Microsoft, you shouldn’t be deploying engineers to build data centers. Similarly, your developers should be working on what makes your business unique.

3. Hire leaders with technical backgrounds. If not C-suite, then as top lieutenants. Including software developers directly in strategic business decisions will ensure you have the right product road map, the right team and ultimately the right technology strategy for long-term success — and that you’ll avoid the pitfalls of increased technical debt and unnecessarily wasted developer time for years to come.

As digital transformation remains top of mind for every company, it’s critical to empower developers with the tools, infrastructure and guidance to move more quickly. By increasing the multiplying power of developers — the developer coefficient — you can make better use of the resources you have and ignite steeper business growth.

—By Will Gaybrick, Stripe CFO. Gaybrick is a member of the CNBC Global CFO Council 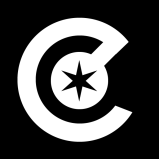